On February 20, 1962, astronaut Scott Carpenter radioed these hopeful words to his colleague John Glenn as he began his ascent into space.

One of the original Mercury astronauts, Glenn became the first American to orbit the Earth. 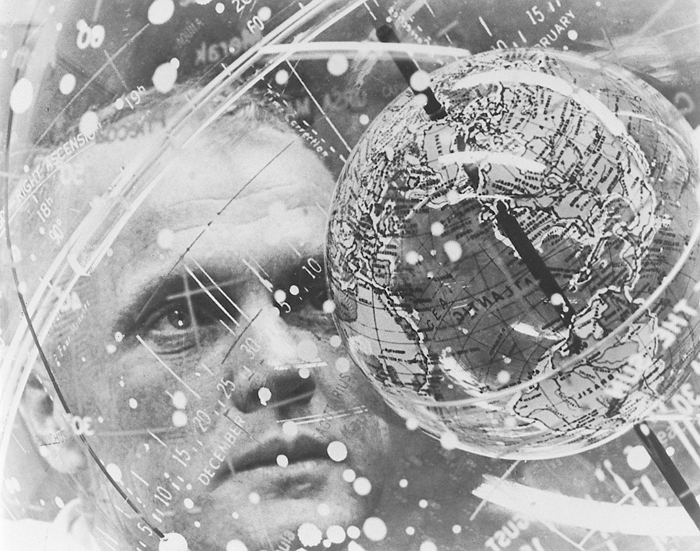 John Glenn was a fighter pilot, a pioneering astronaut, and a United States senator. He passed away on Thursday, December 8, 2016, at 95 years of age.

The heroism of John Glenn inspired countless young people to excel and explore Earth, space, and the universe. But an important part of his legacy still waits to be fully written.

As Glenn’s capsule Friendship 7 raced around the Earth, he observed and commented repeatedly on vast swarms of luminescent objects through which his craft passed. Many have heard in passing of Glenn’s “fireflies”, but may not realize how much of his attention they commanded.

This video collects the actual audio from Glenn’s communication with NASA ground bases during his three orbits of the Earth on February 20, 1962. All of his actual comments about the particles he observed are presented here. In one section, we have left intact a period of silence as Glenn was out of radio communication. Try to imagine how he felt, alone in space, out of contact with anyone on the ground, as he moved through that sea of glowing particles. 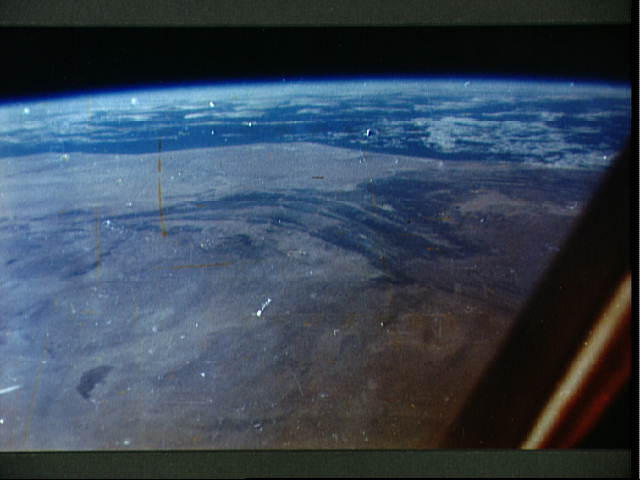 Actual Glenn photograph from the window of his capsule.

Actual Glenn photograph from the window of his capsule. Numbers of glowing objects can be seen against the backdrop of the earth.

He repeatedly described the objects and commented on them. He was sure they did not come from his capsule, but were already in space. While ground control focused on orbital dynamics and Glenn’s vital signs, Glenn himself was fascinated by a mystery which to date has not been solved.

Afterwards, Glenn said it was the “strangest sight of the entire flight.” Glenn said the objects ranged from the size of a pinhead to about 3/8″ long. He said they “had the same color, luminous quality, and approximate intensity of light as fireflies.”

On several occasions, astronaut Scott Carpenter described how, after Glenn’s observations, scientists considered that there might be living things, “critters”, in the atmosphere. In one interview he seems to wistfully relate how they dropped that line of inquiry after finding that banging on the side of a capsule in orbit sometimes produced a shower of ice crystals. Despite Glenn’s claim that the objects spread across the sky, and that they were already up there and were not coming from the capsule, NASA embraced the seemingly logical ice crystal explanation. We have been unable to find record of any NASA study of living things in Earth’s upper atmosphere.

Glenn’s observations point us to a potential target for exploring the atmosphere as a habitat. Each time he orbited the planet, he observed the objects as he passed from night into day, as he moved into dawn.

As Earth rotates as it hurtles through space, a zone of Dawn moves around the planet. Perhaps the high contrast lighting of dawn revealed to Glenn objects that were normally invisible in daylight or night’s dark. But he indicated the objects gave off lights of their own, like fireflies.

Perhaps the ever-moving dawn region of our atmosphere may actually be a prime habitat for a variety of organisms. The edge between the low energy of night and the high energy of daylight provides a complex mix of habitat edges. Solar energy there bathes and excites atmospheric gases there, but with lower levels of radiation than in full daylight.

Listen to the full recording of Glenn’s comments on the luminous objects and consider what he could be describing. Are these objects swarms of bioluminescent organisms, a type of atmospheric plankton? There is only one way to find out. A probe to observe and collect samples of these particles may reveal the truth about our planet’s Dawn Habitat Zone.

If we act on his observations, John Glenn’s true legacy may grow to include pointing the way to a new realm of planetary life with implications far beyond Earth.

This actual audio from Glenn’s Friendship 7 flight and dozens of other actual NASA clips of lifelike UFOs can be found as extras on the DVD or Blu-ray versions of Not Alone.