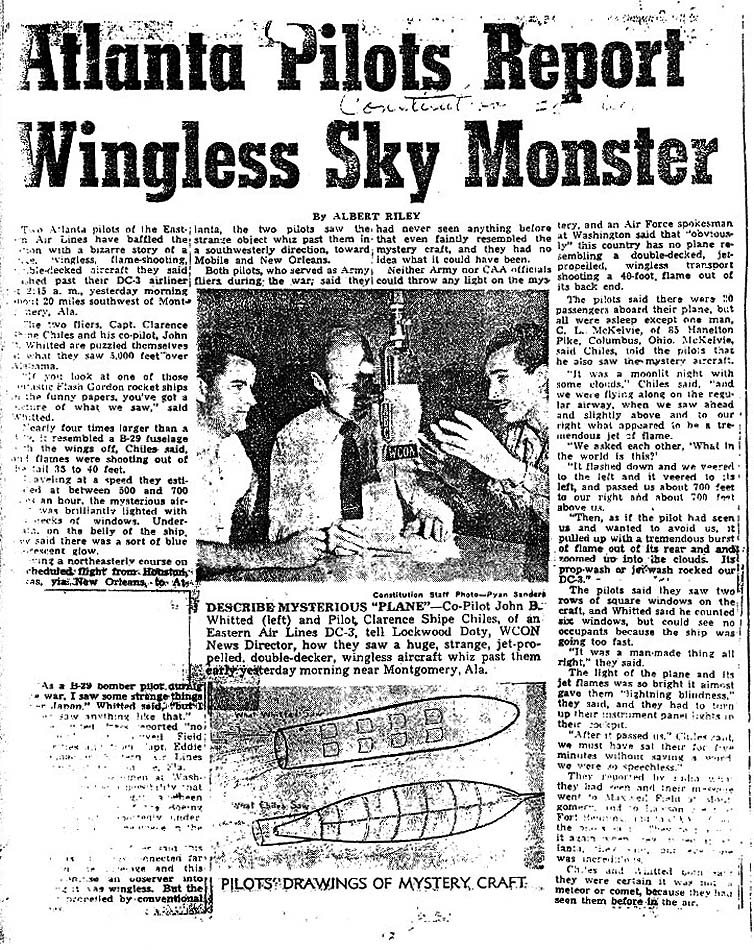 On July 24, 1948, two Eastern Airline pilots reported a brilliantly lighted wingless object zoom near their plane above Atlanta. They said the object seemed to have several decks and rows of lights. It emitted a “tremendous burst of flame” as it roared away from the commercial flight. “The prop-wash or jet-wash rocked our DC-3,” one of the pilots said.

Despite thorough questioning, the pilots held to their story of the sky monster. Compare the appearance and behavior they describe with marine invertebrates. Could they have encountered a bioluminescent squid-like organism, racing through the atmosphere? 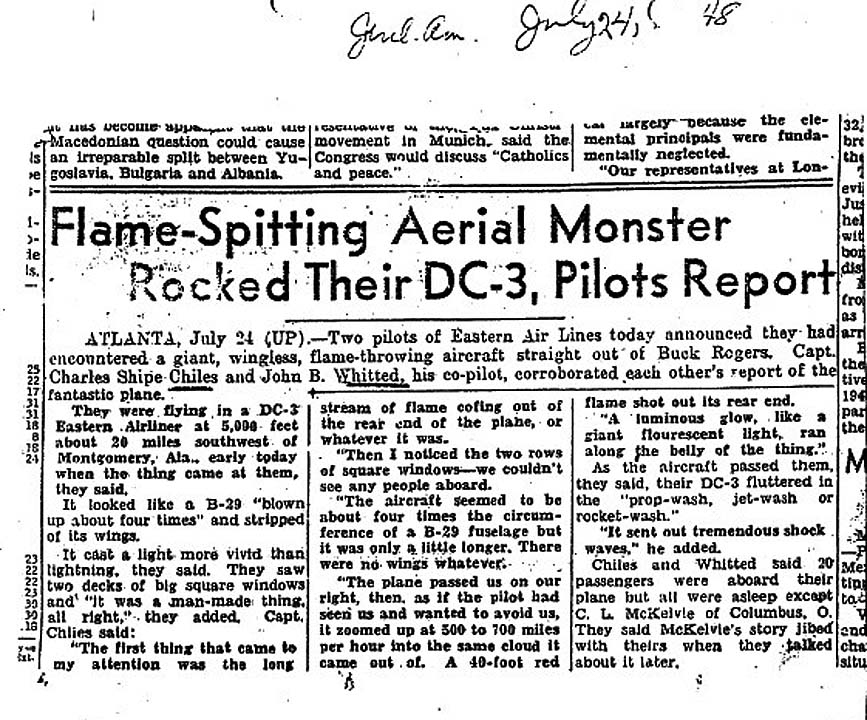 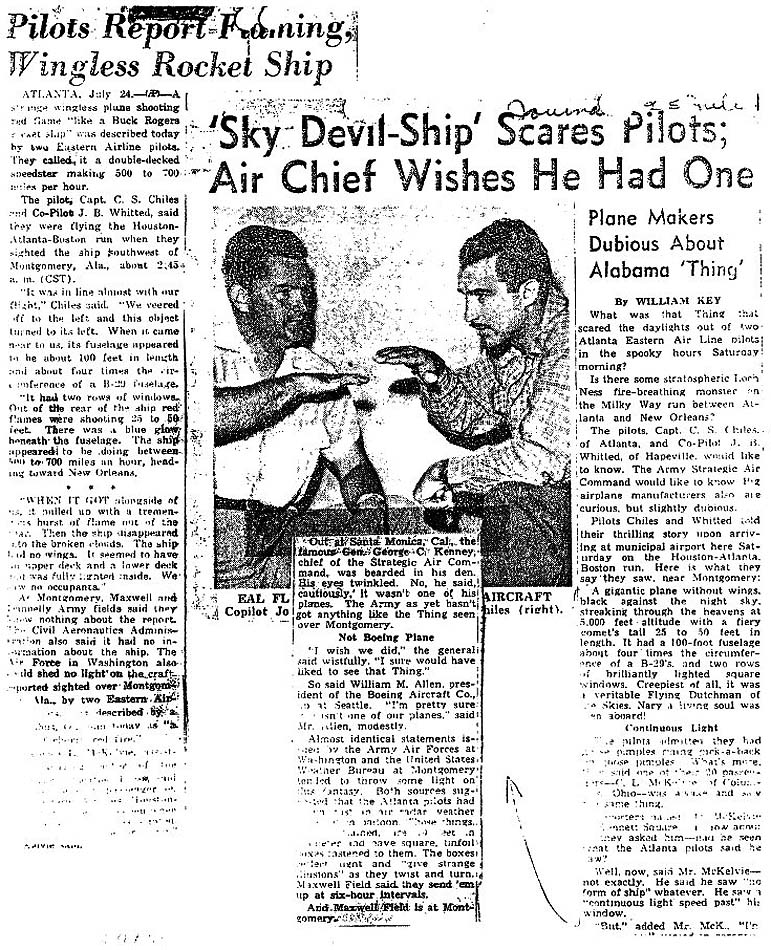 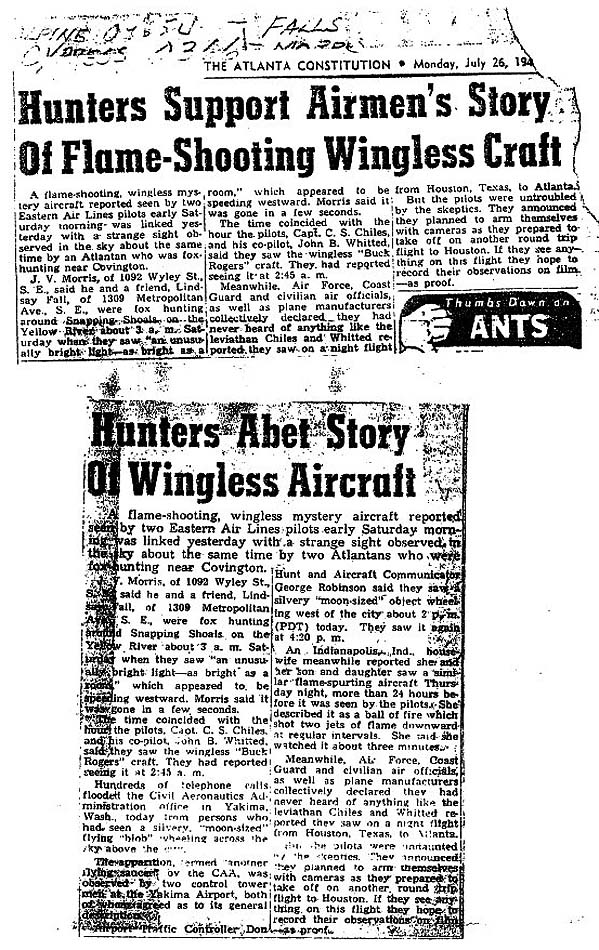 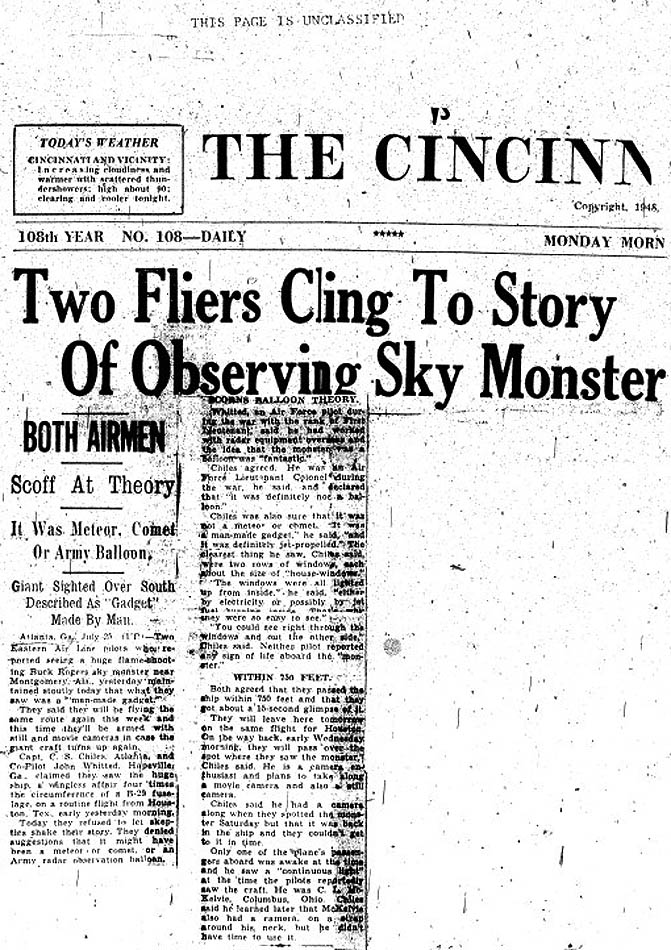