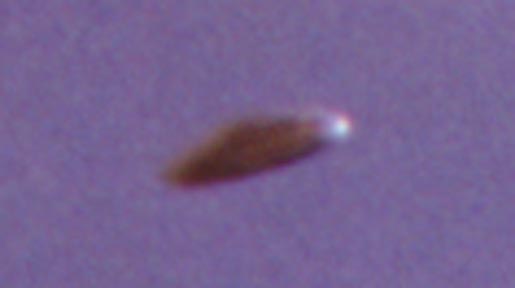 One warm summer night back in 1974, nine of us twelve brothers and sisters were playing a card game in the family room…

I’m guessing about 9 to 9:30 p.m. we were interrupted by a family friend banging on our door. She said there were UFO’s all over outside.

Back then I didn’t know what a UFO was. Flying saucers was the term and I thought they were only in the movies.

We all went outside and looked up in the night sky and holy sh*t there was something up there that did not belong: 5 amber lights hovering, scattered about and not that far off the ground. They were a shade of orange I have not seen since. One at a time they would move then hover, move then hover. They were interacting with each other. One of them hovered and descended out of view and possibly landed in the little swamp next door where me and my brothers played, then ascended and returned to a hover.

The boyfriend of the girl that came to tell us about them came over, then called the Lake County Sheriff’s department. 2 deputies were there with us for over 2 hours watching them. There were cars passing by and pulling over looking at them too.

I can say we had the feeling they were watching us as we were watching them. When they left they took off one at a time shooting off into space, leaving an orange streak behind them. I remember hearing over the sheriff’s radio the sheriff telling the deputies to leave at once – there was nothing more to see.

Being 10 years old then I’ve never been so scared in my life. Writing this is putting chills in me.

May 3rd 2010 was a beautiful day. About 3 in the afternoon I was sitting in the shade next to my goat barn. All my farm chores were done for the day so I decided to admire the clouds forming towards the west. The clouds increased as the day went on. The cloud altitude was 8500 feet and the wind was steady out of the southwest at 10 mph. It was 70 degrees.

While I was looking at the clouds billowing a little bright flash caught my eye. I focused on the spot and saw another flash then another. While looking at the flashes I found what was causing them. I saw dark oval or spherical objects silhouetted against the cloud diving in and out of it.

The cloud was 4 to 5 miles away from me. The objects were at the upper part of the cloud formation. One at a time they joined in a circle going in and out of the cloud. The circle they formed was elongated and slightly tilted. I could see 2 to 3 at once but figured there were more than that in the circle up in the cloud out of view.

From the height and distance, the objects dove at least 5 to 6 hundred feet – probably more – in a matter of 1 to 1 1/2 seconds. The flash occurred exactly at the bottom of the circle or at the end of their dive. They were reflecting the sun almost as bright as a mirror pointed at you.

The main reason I think the “discs” are alive is because of their behavior. The ones I saw reacted to the sun. As soon as they would reflect the sun – the second that occurred – they would instantly change direction to fly back up into the cloud. And while they were climbing back up they exhibited a weird fluid-like motion or zig-zag. Essentially they were doing half-rolls then a stair-step climb. They were all evenly spaced and traveled the same speed diving as they did on the ascent.

In researching what I saw, I have found many reports that are very close to mine. Once I find a report, I compare notes, such as weather conditions and behavior and flight characteristics of the objects. I look for details in UFO reports that show the objects doing the circling maneuver that I observed.

Paul R. Hill’s book Unconventional Flying Objects, written in the early 1950’s, describes the amber lights quite well. Hill says the objects all join in a circling maneuver as a signal to one another. He thinks they’re scout ships – I think they are a living creature of some kind. I believe they do the circling maneuver to draw other discs from afar.

Also interesting are Rudi Nagora’s photos of a disc he saw back in 1971. I saw Rudi Nagora’s photos but never thought anything about them until I saw his latest Youtube video, which explains in detail what he saw. It blew me away when he said “a plane that does loops.” I took a better look at the pictures and it all made sense. I saw 9 of 12 that he took. In some of them, the disc was clearly doing the diving and climbing maneuver that I saw in 2010.

(Note: In May, 1971, German musician Rudi Nagora took a series of 12 photographs of an object moving in and around the clouds over Austria.) 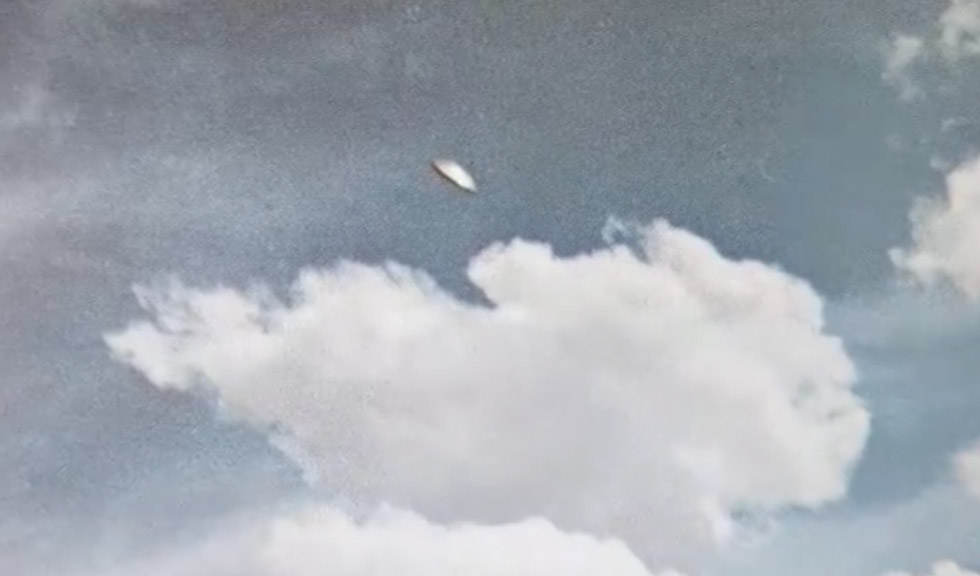 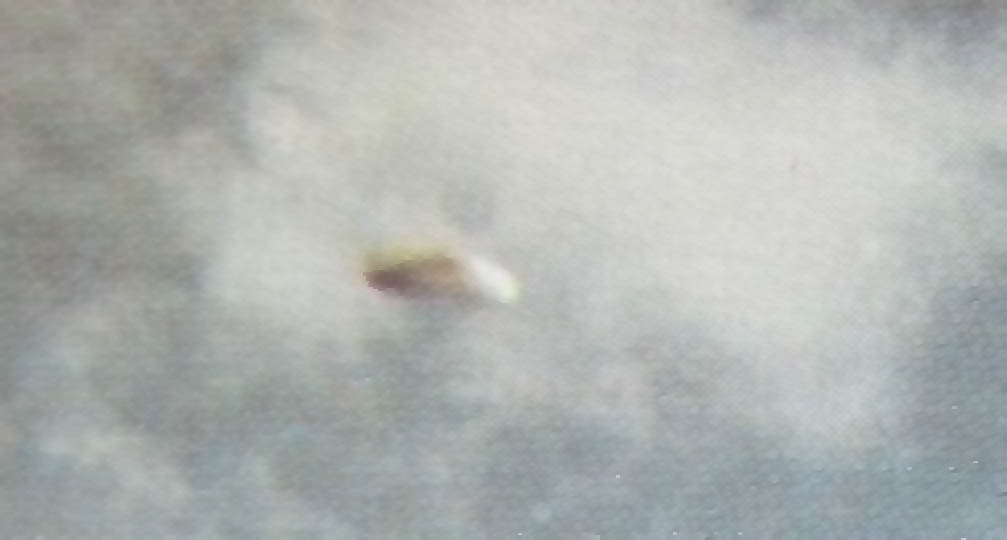 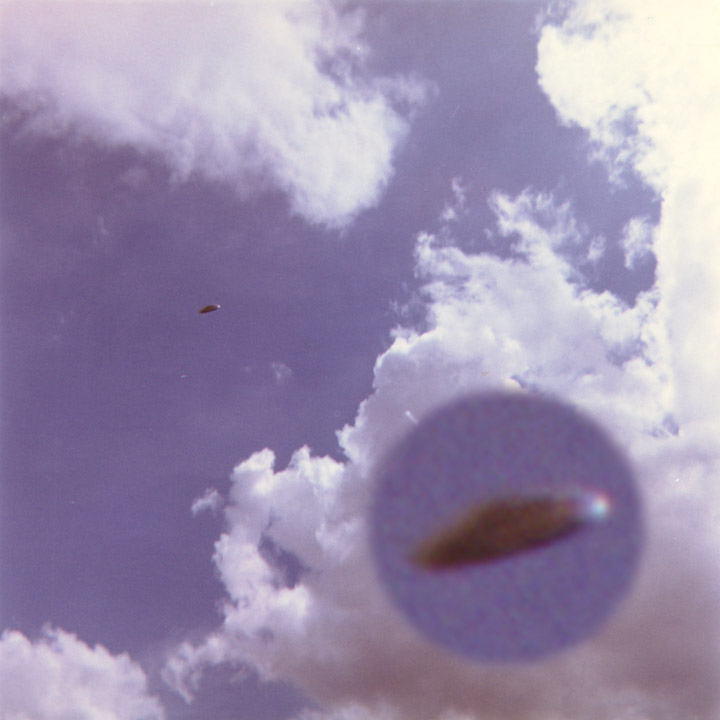 There are many reports from the disc wave of 1947 that are near replicas as well; many are listed in the Blue Book Unknowns. For example, on July 9th 1947, a guy named Dave Johnson – an Idaho Statesman, aviation editor, and former B-29 pilot – was flying his AT-6 at 10,000 feet and watched for more than 10 seconds as a black disc which stood out against the clouds did a “half-roll then a stair-step climb.” Other examples of the discs’ circling maneuver include daylight sightings by military personnel: for example, the Muroc Army Air Base incident in August 1947, just days after Kenneth Arnold’s famous sighting, and the Mogul and Skyhook balloon personnel UFO sightings.

The list goes on. It doesn’t matter the time of year, nor season, nor state. The discs have been seen doing this maneuver everywhere in the world, at all times of day. There’s no pattern, only that they love clouds that are forming and getting larger in size. I believe they are more abundant up there but keep their distance and are hard to see; only in the right lighting conditions can they be visible.

I believe I have found a way to draw them in close enough for one hell of a picture and video. I am hoping to have one come in to within 1000 feet.

One woman, a member of a UFO chat group, explained what she saw when she was a child. She said she didn’t care if anybody believed her or not because she knew it happened to her, and I could pick up on her sincerity.

She said when she was a child around 8 or 9 her mom threw her a birthday party. She had a few friends over and part of the party fun was to take a helium balloon and tie a long string to it so it would go high up. She cut up a bunch of little pieces of paper and carefully placed them on top of the balloon. She would let the balloon go high up, then shake the string so the balloon bounced and the pieces would flutter down to the ground. Then all the kids would try to gather up the most pieces and whoever had the most won a prize.

The woman said they had done this several times when a disc-shaped thing flew out of a nearby cloud and swooped down to look at the balloon. She said it was there just for a couple seconds then flew back into the same cloud.

This story is similar to the attraction of daylight discs towards Mogul and Skyhook balloons.

Thanks for the great reports and insight, Ben! Many witnesses describe objects moving into, out of, and around the edges of clouds. Clouds can provide complex aerial environments, with water and minerals. Perhaps they also provide cover for organisms trying to avoid being seen.

Good luck trying to get great photos and video of objects moving through the clouds! Be careful! We hope you will share them with us here!