On July 5, 2015, Hector Garcia of Philadelphia, Pennsylvania recorded this object moving through the sky over his neighborhood near 7th and Tioga Streets. He posted this video to YouTube…

Mr. Garcia did a great job keeping the camera steady and getting as good a video as possible. This is a fascinating video, but like a lot of UFO footage, it is tantalizing.

The object doesn’t seem to change shape or move with purpose. It is hard to tell whether there is a structure in the mass. 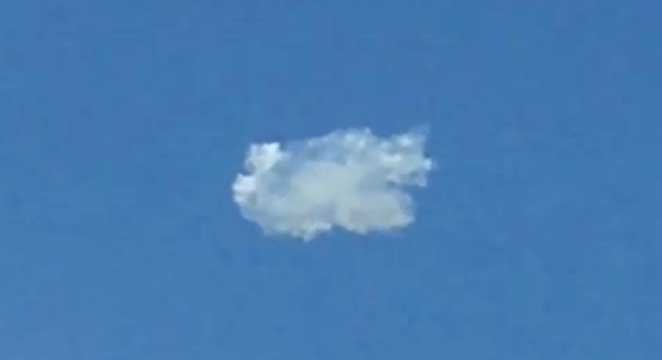 There are sparkling lights in the object as it moves. Are they lights generated from the object itself, or are they sunlight glinting off facets of the material?

Is it an aerial jellyfish descending from above or a big mass of bubble wrap? What do you think?

It would be interesting to see if anyone nearby reported anything strange dropping out of the sky that day.